Should I really go paperless?

Helping people with computers... one answer at a time.

Going paperless can be scary and can seem overwhelming even. It's less difficult than you think, and can improve the safety of your documents as well as significantly reduce the amount of time you spend dealing with them.

I recently heard from someone that they had essentially done the opposite of going paperless. They'd reverted from digital tools and gone back to paper for most of their tasks.

Needless to say, I had something to say on the topic.

I think that there are some serious advantages to going digital if it's done properly. In fact, I'll give you three very specific reasons why digital is better than paper in many (if not most) situations. The first one is, to me, so compelling that it alone would be enough. (And if you're a regular reader, you'll recognize it immediately.)

I'll also discuss some situations where paper really is better.

But first, I have to include a disclaimer.

There's a possibility that this article could be misinterpreted as nothing more than a glorified "infomercial" because at the end, I'm going to suggest you check out a product to help with going paperless. It's a product from a friend, and it's an affiliate relationship, meaning that I'll get a cut if you purchase it.

I don't want that to get in the way of the topic, however. Whether that turns out to be interesting to you or not, I think there's a lot of value in understanding what going paperless – or rather, going digital – can do for you.

So I'll save that specific mention until the end and be very clear about it.

Either way, reducing the amount of paper in your life is in my opinion worth some serious consideration.

The problems with paper

It's this last one that I find the most troubling.

If it's in only one place, it's not backed up

This should sound familiar.

The concept of backing up is not new and not at all limited to digital data.

The fact is you probably have only one copy of your paper documents – and I'll bet that some of those pieces of paper are incredibly important to you. And yet, those same pieces of paper are at risk of accidental disposal, loss, and even total destruction in the case of of a catastrophic event such as a house fire.

Yes, you could take the time to create duplicates, perhaps stored in a separate location, but that's time consuming and results in one and only one backup copy – unless of course you're willing to duplicate the duplication effort.

With all those copies of data floating around out there, how can we know that they're secure?

You can probably guess.

I use TrueCrypt and a few other encryption tools to make sure that what I upload to third-party sites is appropriately encrypted from prying eyes.

You typically want to do your own encryption, even if a service offers its own. If the service encrypts your data for you, then they can probably decrypt your data – for you of course, but perhaps for others as well, legally or otherwise.

Digital data may be easier to destroy, but it's also significantly easier to copy than paper.

For me to lose my digital records:

And all of that would have to happen simultaneously.

Now, I'm not saying you need to be as extreme as I am.

What I am saying is simply that you can't do that with paper. As a practical matter, you can't even get close.

How much space do you need?

If you're like me, you have records – frequently relating to taxes – that you need to keep for various reasons and for a certain length of time.

If you run a business, it gets even worse and the amount of paper that accumulates year after year can become surprisingly large. When my wife and I ran a small retail business, our annual records added up to a roughly two cubic foot box full of paper – per year.

That adds up quick.

Even our personal records alone accumulated to take up a significant amount of space and required annual maintenance to discard records that could finally, legally, be discarded.

In the last couple of years, however, the amount of paper that we save from year to year amounts to a file folder and not a very full one at that. Everything else is digital

Can you find it? No organization needed.

You need a document from two – or was it three? – years ago. What do you do? You go digging. "Spelunking" might be a better term for most as it often involves digging into mountains of semi-organized paper.

I know, I know, there are people that keep their paper meticulously organized and can probably find anything without a moment's hesitation. If that's you, please know that you are in the minority.

But you don't need to be Google to search your documents.

Various and sundry tools can be used to search and/or index a collection of documents. Everything from Windows own built-in search1 to dedicated general purpose desktop indexers to document and note repositories like Evernote can all make searching large collections of documents a snap.

A few keystrokes and you're looking at the document that you were searching.

Once again, you can't do that with paper.

Use the right tools and you can do that search anywhere. I was at the emergency veterinarian2 some days ago and realized that if I needed, I could look up right then and there any of my regular veterinarian's receipts and after-visit statements using my smartphone simply because they were all part of my digital document collection.

And again, you can't do that with paper.

The biggest objection that I hear from people is that getting started means they have to somehow scan everything they have and that's just an enormous task. So enormous that they don't even begin.

Instead, start today with the paper you receive today. Switch to paperless billing and start saving the documents you get via email instead. Yes, invest in a scanner, but just scan new things as they arrive, reviewing each to see if there's even a way to avoid getting paper in the first place.

Decide on a storage mechanism – be it a simple folder on your machine or a utility like Evernote – and simply start slowly, but start today. It doesn't have to be difficult.

Another place that I see people getting all wrapped up is in trying to organize their documents as they're collected and scanned.

Heck, I was that person until just a few months ago. My lightbulb moment was simply this: organizing and even naming the files as they arrived or as they were scanned was a complete waste of my time as long as I could use search and easily find what I needed.

Paperless does not create (or really help) information overload

Information overload is very real, and something that today's fast paced digital society seems to not just enable, but almost require to stay abreast of news, activities and much, much more. 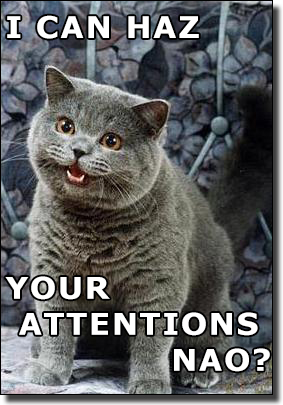 Switching to primarily digital documents doesn't change that. It doesn't add to it, and it doesn't really help it much either.

What I see happening is people going to their computer to quickly find a document and while they're getting sucked into email, Facebook, Lolcats or who knows what else.3

That's not the document's fault. Or rather, it's not the fault of the document being in digital form on your computer rather than being buried in a box in your basement.

Too many people lump everything on their computer into one "thing" – a thing that they see as taking inordinate amounts of their time without drawing distinctions between the different tasks for which the use the computer.

All tasks are not created equal.

Blaming going digital for feelings of information overload is akin to blaming your television for your watching "Jersey Shore"4 – you could choose to use your resources more wisely.

Your computer can funnel immense amount of information your way, it's true.

However, going paperless doesn't add to the amount of information you have to deal with – it just changes some of its form.

Paper is right for some things

As digital as I am (and you know that I am), I have sitting next to my on my desk something unexpected.

A pen, a notebook, and a pad of paper.

It's just quicker to reach over and jot a note that it is to switch from whatever I'm doing on screen. I may transfer that note into digital form later (or not, depending on the context), but nonetheless paper will, for me at least, always be a quicker and more reliable way to capture an otherwise fleeting idea or bit of information.

For me, it always comes back to digital alternatives. I simply work better, more reliably, and more comfortably in most cases if there's a computer or digital device involved.

In my opinion, digital data is perfect for record keeping, for example. For more creative work, it really depends on the work and the people involved. Some cartoonists can only draw on paper – others work exclusively in digital media.